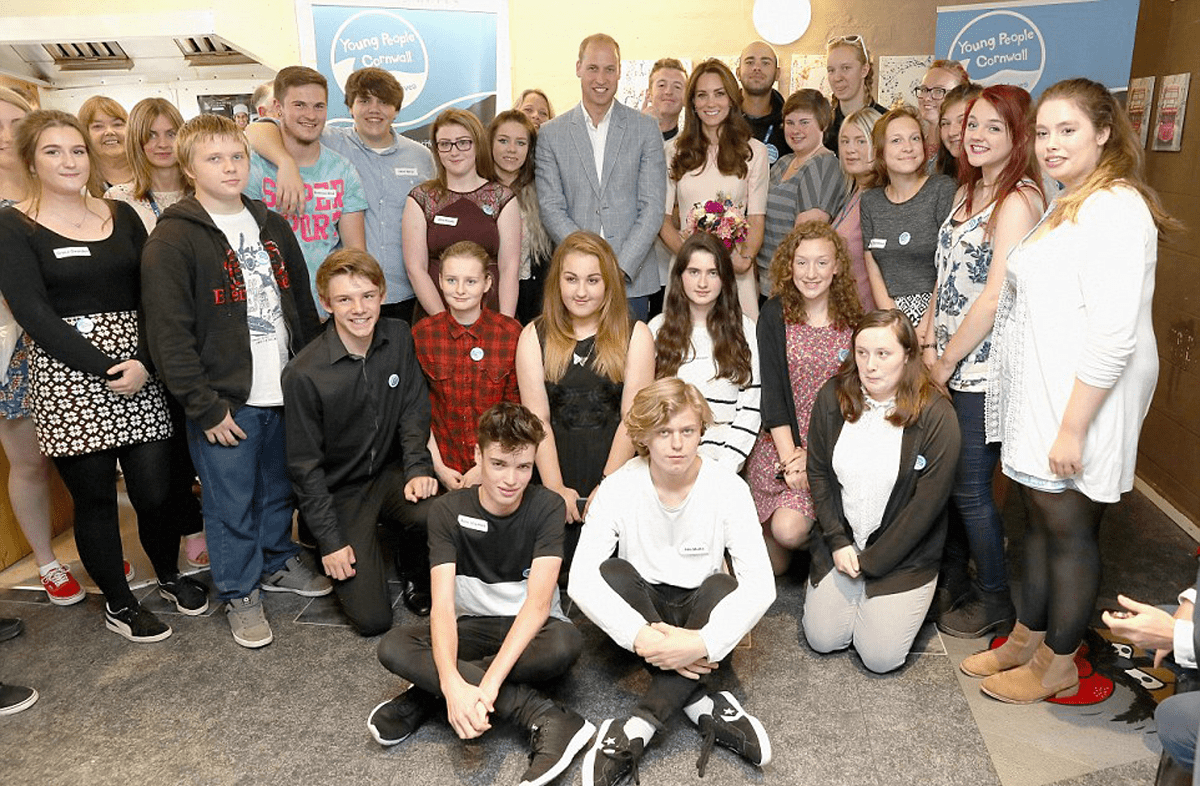 Life as an apprentice (Christmas Reminiscing – The Royal Visit)

Christmas, the time of year which brings family together. Reminiscing on stories with stuffed tummies and a glass of wine or two.  Always with one family member with something extravagant and over the top to share. But this year I think I have the story to beat.

So here it is, the time I met the duke and duchess of Cambridge.

Thursday the 1st of September 2016 to most people is just another day, to some it could be a birthday or an anniversary. However to me it’s the day I met the Duke and Duchess, informally known as Will and Kate. A day I’m unlikely to forget and now have a slightly modified version of the scene from mean girls replaying in my head.

Cornwall let alone Truro would be the last place you would expect a royal visit yet it happened. On their trip they visited the Truro Cathedral, then us at Zebs youth centre, the Wave project and Healey’s Cornish Cider farm before moving on to the Isles of Scilly.

You might wonder why they would visit a youth centre such as Zebs on their first ever visit to Cornwall. Well it goes with their beliefs and new campaign heads together which encourages people to speak openly about their mental health issues and get help. Zebs which is run by Young people Cornwall gives young people a safe and comfortable place to hang out, encourages people to explore and discover new things to increase confidence and be able to seek support and advice when they need it.

A royal visit means high security which means lots of police visits and searches leading up to and on the day with a complete list of people who will be in the building and name tags. They weren’t allowed to eat or drink anything whilst there, however were admiring the YPC Branded cupcakes provided by the Baking Bird, especially the duke who said they looked great. I could tell he would have had no problem eating one.

Before arriving ,the locations of exactly where they were to visit were kept a secret. This meant that there could be no promotion before the visit told to me by the palace press I wasn’t allowed to post anything on social media until they were inside Zebs. Of which young people and youth workers had 45 minutes to give a tour and share their experiences and opportunities brought to them through YPC and the youth centre. Ultimately I had a very small window to posts on their Twitter and Facebook pages especially if I wanted to be relevant as they would be moving on to the other destinations on their list. I also had the first few posts checked by the Palace press to make sure they were suitable, using correct language and tags.

The main question I had was what do I refer to them as I needed to be professional but how formal would that need to be? By this post you can probably tell that I was told to go with The Duke and Duchess of Cambridge.

At this point I was one month into my marketing apprenticeship with this being the first event I was asked to promote. As an event goes I don’t think you can get any more high profile than this. Interviews and pictures were on news channels in America and other parts of the world.

Everyone who experienced this day along with me will have a slightly different view point and story to share. I could only refer to the day as like getting up on stage and performing. You go through a range of different emotions in a very short period of time.  First came the nerves, then the enjoyment and finally the adrenaline rush.

In this case before hand was the freak out, partially due to excitement and nerves, especially from those young people meeting, greeting and showing the Duke and Duchess around. Everyone started to enjoy themselves as the nerves went away mainly due to how the Duke and Duchess acted and interacted with everyone. Upon arriving the Duke and Duchess looked genuinely happy to be there and interested in what everyone had to say, asking questions about the different projects made everyone feel included with no barriers and on the same level. They took time to shake hands and talk to each young person and member of staff. Personally I shook hands with and talked to the Duke. And lastly came the adrenaline rush where everyone had this glow about them. But the day didn’t stop there with press and news outlets like ITV asking for interviews, pulling out cameras, microphones and pads of paper.

All in all the visit was a success, the plaque was unveiled which will forever be on the wall in Zebs, we presented Kate with a bouquet of flowers and took a group photo with the staff and young people.

(The Duke and Duchess of Cambridge engaging with young people)

(The Duke and Duchess of Cambridge, young people and youth workers)

(Presenting The Duchess of Cambridge with a bouquet of flowers)

(The plaque to commemorate the royal visit to Zebs)

(Cupcakes provided by the baking bird for the royal visit)

Life as an apprentice (The Joys Of Public Transport)

Life as an apprentice (The Joys Of Public Transport)